I have a friend (whom I believe I have mentioned before) that we call “K2” (since she shares a name with T-Spot’s sister) and OMG, can this girl COOK.  She is one of those types that takes a recipe, makes it once and then tweaks it so that it’s amazing.  Not only does she do this with food, she also does it with cocktail recipes.  Last July when J3 had his first birthday party, she made this concoction  and had everyone begging for more; it has now become my go-to drink for parties and other gatherings when I want to appear a master mixologist.  It takes some effort to make, but trust me, it is well worth the time.

The only problem with this cocktail is the name (or lack thereof).  When I contacted K2 about featuring this on the ol’ blog, I asked her what the name of the drink was, to which she replied “it doesn’t have a name”.   Then when we made it Easter Sunday for our brunch, T-Spot and BBKF informed me that they named it “Blue Balls”.  Uh, wow, can you say TACKY (but sooo like my two BFF’s)?! ?  So readers, please try this and then suggest a name. I promise to relay all suggestions to K2 and and may even throw the top ones out for a vote!

2 ½ – 3 cups Blueberry Vodka, divided (you can also use regular vodka)  *how much you use is entirely up to your tastes*

3 pounds (about 20) limes, juiced (reserve one to slice thinly for garnish)

1 large (about the length of your thumb) piece of ginger, grated (if you like an intense ginger flavor) or sliced thinly into rounds (reserve a few slices for garnish)

Start by muddling (the fancy term for smashing together) the ginger and the 2 tablespoons of sugar in a small bowl.  Take half of the blueberries and add those to the bowl with the ginger and sugar, smashing them to release their juices.  Add ½ cup vodka, muddle all ingredients together and allow to sit for at least 30 minutes while you’re sampling the vodka to make sure it’s not poisonous.

After the muddled ingredients have melded together, strain everything into a pitcher (or whatever container you’d like to use).  All that should remain in the colander is the blueberry skins and the ginger pieces.

To the pitcher, add the lime juice, the Acai juice and the rest of the vodka (trust me, feel free to add more, I won’t tell).  After you get the taste you want, add the remaining blueberries and the ginger and lime slices.  Serve in an ice-filled highball glass.  If you want to stretch it a little further, top with Spite or 7-up.

Combine 2 cups of sugar and 1 ½ cups water in a small saucepan.  Cook over medium heat, stirring occasionally, until the sugar has completely dissolved.  Allow to cool before using.  (makes about 2½ to 3 cups of syrup)

A couple of side notes…

•  I have thought about using concentrated lime juice in a bottle, but have yet to do so.  If anyone goes that route, please let me know how it turns out since juicing the limes is by far the most time-consuming part!  (Seriously, if I didn’t have a juicer I would have probably gone the concentrate route by now)

•  The longer this sits, the better the flavor.  We just can’t ever seem to leave it alone.  The few times we have, it has always been much more flavorful.  Letting it sit in the fridge overnight does it wonders!

•  This can also be a non-alcoholic drink by just leaving out the vodka, making it an EXCELLENT choice for baby showers.  Triple or quadruple the other ingredients in a large pretty party drink container, stick a bottle of regular and blueberry vodka off to the side and you’ve got some happy guests!

•  In choosing limes for maximum juiciness, feel the rind.  If when pressed near the spot where the stem used to be, the rind gives easily you’ve probably got a juicy lime.  If the rind doesn’t give (it’s thicker), the less juicy.  You want thin-skinned, juicy limes for this recipe!!

•  This could also be made into a martini-off the top of my head (since it’s been quite a few years since I bartended), I’m thinking 2 oz vodka (½ ounce to muddle), ¼ cup smashed blueberries (with a couple for garnish), 1 tablespoon  ginger muddled with 1 teaspoon sugar (leave a slice for garnish), juice of 1-2 limes (one slice for garnish) and 1½ ounces each of simple syrup and Acai juice (leave out the 7-up).  Try it and let me know!

So again, PLEASE give this cocktail a name less-tacky than Blue Balls.  Also, if you read any food blogs, I’ve been begging K2 to write one now for a while, so I would love to hear your faves.  That way I can pass along some ideas to her while she’s pondering all your drink name ideas!! 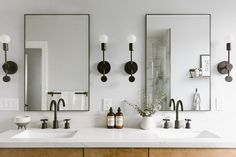 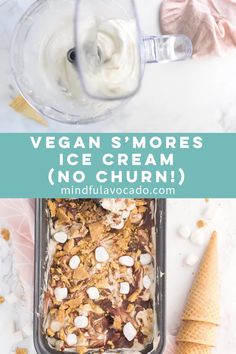 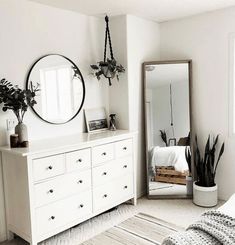 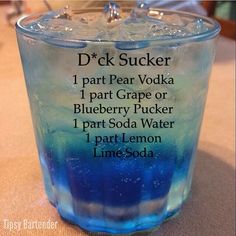 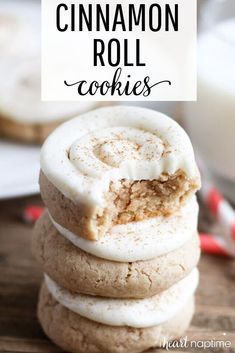